The Beit Project in Barcelona 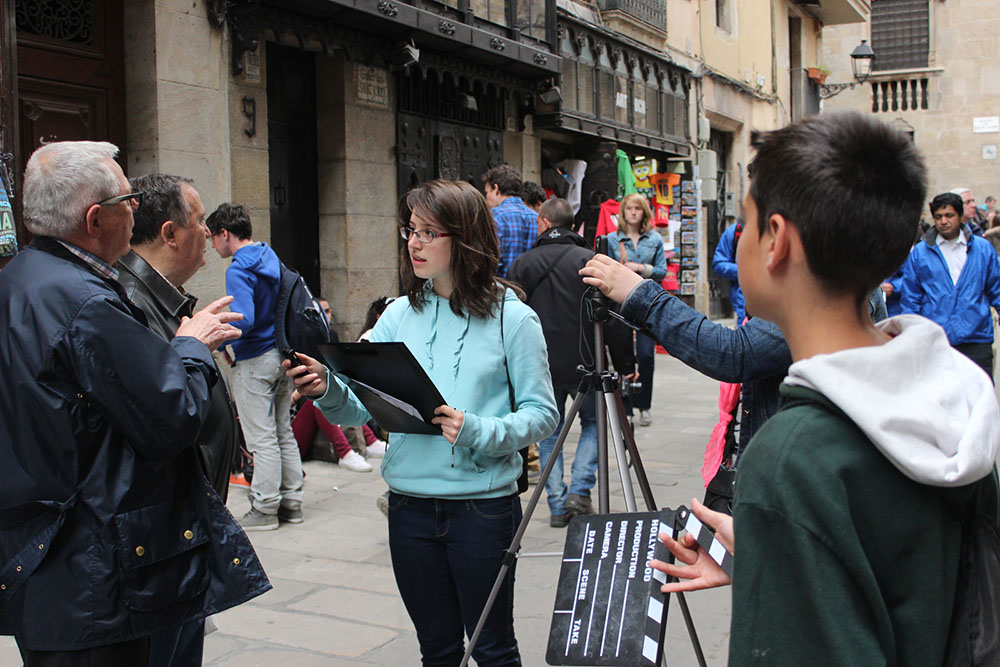 The Beit Project in Barcelona

The Beit Project strategic objective is to transform Jewish Heritage sites into meaningful places for local communities, by using the most central activity in Jewish culture and education. The project took place in Barcelona and lasted for 8 weeks, with the participation of more than 120 pupils, 15 teachers, participating from Barcelona and across Europe.

The project’s specific objectives were to connect local communities to their local Heritage and resituate Jewish culture as part of urban identity to increase local social value to Jewish Heritage sites; to create meaningful collaborations between Jewish and non-Jewish local schools; to develop a European Jewish approach toward the preservation and use of Heritage Sites

The educational main needs on which The Beit Project is working are the perception of Jewish and non-Jewish youth in Europe documented through many interviews in schools around European main cities, that Jewish culture has no local roots in Europe and is therefore perceived as a “foreign” culture. This situation creates a strong dichotomy between youth’s identity as citizens of the place, and their Jewish culture.

The perception of Jewish Heritage as an inert object, disconnected from the community life and the social or cultural activity of the city. Many preservation politics tends to fossilize heritage, taking out any chance of creating any real and meaningful interaction with the places that represent that heritage and the local society.

Project activities bring together, for intensive on site workshops, 16 pupils (13-15 years old) from 2 different schools: 8 from Jewish schools from France and other European cities and 8 from a local non-Jewish school. The first pupils bring an intimate relationship with Jewish culture while the others bring the intimate relationship with the place.

Participating students build their nomadic school in the heritage place, whether it’s a street, a place or even a building, and work during 4 workshops for half a day each. The project ends with a large public presentation of the work. The activities begin by the construction on site by pupils, of a nomadic “House of study” where activities take place, transforming temporarily the urban space and informing the inhabitants about the project’s development.

The project pedagogy is based on traditional “Havruta” model, in which the studying process is the dialogue between two learners and the difference between their own interpretations. As in Talmud, where technical or Halachical issues lead to universal questions, the thoughtful study of the site’s multiple layers will lead to universal questions related to our city and society. Locating The Beit Project in an old Ghetto may lead us to study contemporary urban and social segregation.